In March 2021, we heard the words no parent should ever have to hear, “your child has cancer. We’ve identified it as rhabdomyosarcoma and it’s aggressive. That means we just have to be more aggressive with treatment”. Our hearts and our world stopped, and it would never be the same. Everything we thought we had planned didn’t matter; everything we thought we had figured out didn’t matter. At that moment, all that mattered was that 8-year-old boy in the other room of the Dartmouth Medical Center pediatric cancer clinic who was now facing the fight of his life before his life even began.

Some of you know me and my family through my boutique, The Teal Bandit. Some of you may be coming across this page by chance. Either way, I’m glad you are here. I’ve been thinking about writing about our experiences as a family fighting against childhood cancer, and now that we are in the “easy part,” I feel like I am finally in the headspace to do that. What is the “easy part” when you are dealing with cancer? Honestly, none of it, but the end-of-treatment portion we are in has been the easiest part we’ve gone through (despite the scanxiety and pit in my stomach whenever I see a lump on my son)

I have a lot of thoughts that I’ve been holding on to, and this will be my way to get them out. I want to try to start healing because it’s all been on the back burner for so long, and I have always found solace in writing the hard thoughts out. Now, I’m not exactly sure what this will look like, but my hope is to comfort other parents going through this and to show people what families go through behind closed doors.

I’ll never forget that first night. It was February 12, 2021, and I was checking on a wart on Aiden’s foot. It was just before bedtime and he was doing his usual nighttime stalling because what 8-year-old is in a rush to go to bed, everything was so normal and so comfortable. Aiden was dressed in his favorite fuzzy blue onesie with silly emojis. When I gave him his foot back I told him he needed to give daddy a hug and kiss because it was time for bed. He looked at me and said “ok, but can I ask you one more thing?” I said, “Ya sure, bud; what’s up?”

That’s the moment our world went from normal to a freaking nightmare.

He looked at us and said, “Why is this leg so much fatter than the other one?”

Even just typing that I get a knot in my chest and a twisting in my stomach. I remember the confusion and horror I felt as he rolled up his pant leg to reveal a very large calve. Immediately my husband and I went into first aid mode because nothing about what we were looking at was normal. We started feeling his leg and he said it didn’t hurt except when you squeezed it (which he promptly did to show us like a true kid). We searched him for bite marks and I felt his foot to see if it was still getting proper circulation. It looked and felt fine. There was no redness, no heat higher than his normal body temperature, nothing that we could find out of the ordinary. So I called my mom. Now, my mom has a lot of kids so she’s seen it all. For a while, my friends would call her “Dr. Mom” because she usually had some really good advice. When she didn’t have any ideas that just added to the fear because WHAT THE HELL IS THIS?!

I’ve always been a bit of a worrier when it comes to medical abnormalities so some of my first thoughts were “what if this is just a big ass tumor”. Those thoughts did not age well. Don’t worry, you’ll hear more of those thoughts that just didn’t age well throughout this journey with rhabdomyosarcoma. So, we did the next thing we can think of and that was to call the nurse line for our insurance company. Some of you are probably like, “Go to the ER!” And we do, I promise, but I’m not the type to run right there, especially during a very active covid time when I knew they were very busy otherwise. After getting a nurse on the phone and going through all the questions she had we decided to bring him to urgent care, I totally didn’t even think of that in the first place.

You know you are in for a long night when you get to urgent care and they triage your child then you see a doctor within 5 minutes. Then after the doctor came in there was a line of nurses and other doctors who came in the room also asking to see Aiden’s leg. It was almost like this was something they hadn’t seen before and it was basically confirmed when the doctor comes back into the room to say they’d called the ER and are expecting us. So off to the emergency room we go with a fast pass to the front apparently.

By now, Aiden and I are in a whirlwind. We have no clue what’s coming next and he’s confused why his leg is getting so much attention. But rhabdomyosarcoma knew.

“He has concerning blood work and a mass around his fibula”

We arrived at the ER fairly quickly and had been ushered back to the pediatric unit. I’ve never seen someone go through to the back as quickly as we did, it was so surreal. There was a quick blood draw and it was off to radiology for an x-ray. I know there were a lot of questions being asked but I honestly couldn’t remember what they were to save my life. I remember the feelings of fear and confusion, and weirdly enough I remember the show Friends was on the tv. Your brain is so weird in what it picks and chooses to retain. Aiden was just so content hanging out and chatting with all the nurses who popped in to see if he needed anything. The doctor even came in with a new stuffed animal for him and Aiden thought it was the treating thing ever.

After all the tests came back the doctor came in. Have you ever heard people talking about vibes? You may not believe in it but I definitely do and this doctor’s vibes were worrying, to say the least. He knew he was just about to deliver news that would turn our world upside down.

He sat across from me with a stack of papers. He said, “now we aren’t sure exactly what is going on but Aiden’s labs came back with some concerning bloodwork. His x-rays also show a mass around his fibula. We’ve gotten in touch with the oncology department at Dartmouth hospital and they are going to be working with you to schedule some more tests to figure out just what is happening with Aiden. We do know they are going to want to do an MRI and a biopsy.”

He was talking but I was just so stuck on that word, “oncology”. I knew what that meant. They thought my son had cancer. My 8-year-old boy whose biggest struggle at the time was remote learning. The doctor sounded like one of the adults in a Peanuts movie as I tried to process our new reality. He handed me the papers and a bunch of contact info for him and the oncologists he spoke with, and he wished us the best with a certain sadness in his eyes. That was it, we were headed home to fill my husband in.

I wanted to take a moment to address a question a lot of people usually have when they see the photo of Aiden’s tumor. People always ask, “How did you not see that?!”

I totally get it! I beat myself up over that very question all the time. I mean look at it, it’s huge! What you need to keep in mind though is Aiden was 8, 3 months away from turning 9, so he was very self-sufficient. He bathed himself, dressed himself, etc. Since it was winter in New Hampshire he was also always in pants and baggy clothing. We never had the thought to tell him that if he found any strange bumps or lumps to tell us so he just kept it quiet until he realized that this was strange.

I urge you to please take this info and have a talk with your children. I’m not saying your child may have rhabdomyosarcoma if they find a bump but I am saying that you never know what could be lurking below the surface and kids won’t always say something right away.

Well, this is where I am ending this post. This is just the beginning of our fight against rhabdomyosarcoma and it’s still unnamed.

If you would like to peek ahead at Aiden’s journey you can check out the Facebook page we set up for him: Standing with Aiden against RMS. (RMS is just another name for rhabdomyosarcoma). 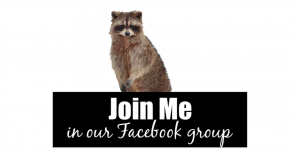